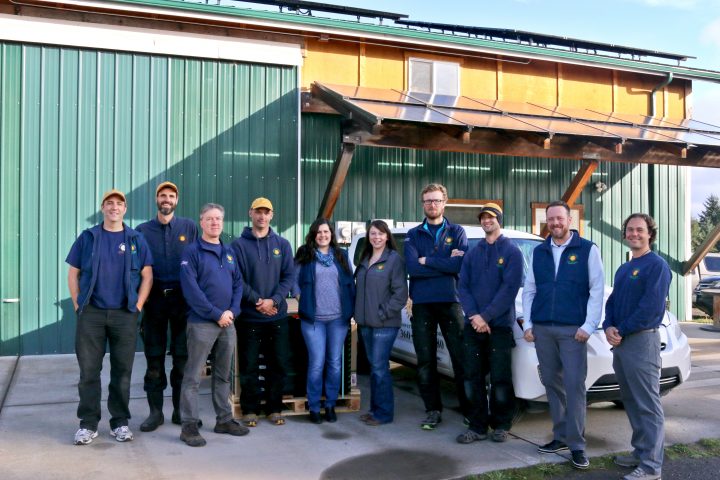 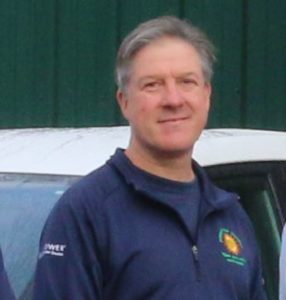 Andy founded Power Trip Energy in September 2002 and handles site evaluations, system design, and administration.  As a long-time resident, his love of the Olympic Peninsula drove him to create a company to work to make the inevitable growth as sensible as possible. Andy graduated from Port Townsend High School in 1986.  He started college at WSU, then moved to California, and eventually received degrees in Marine Biology and Zoology from Humboldt State University in Arcata, CA.  During and after college, his career was oriented towards technical sales, designing and selling computer network systems through the early 90’s, later directing sales and marketing for a commercial mill working company in Arcata. Andy believes that solar power is the best way for most people to create electricity, and that compared to hydro-carbon-derived energy, the environmental benefits are tremendous, and socially, the benefits of individual power production are emancipating.  Andy sees that the benefits of developing localized power sources are important to the long-term health of the local economy. 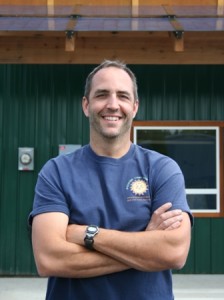 Steve is a co-founder of Power Trip Energy and a journeyman electrician who handles all our installations.  Another PTHS graduate, Steve has resided in Jefferson County since 1979. Steve’s first opportunity to work with solar technology came when he was serving as a heavy equipment operator and fleet operations supervisor at McMurdo Station, Antarctica where he served seasonally from 1993 – 2002.  The highlight of Steve’s experience came in 2002 when he completed a 1,900 mile traverse with the French Antarctic Expedition from Dumont ‘dur Ville (the place where March of the Penguins was filmed) inland to Concordia, a multinational French-British-Italian base about 150 miles from the South Pole. Upon returning to Jefferson County, Steve joined a local electric firm to earn his stripes as an electrician with the goal of eventually specializing in solar electric installations. His wife Cami, and three children were very happy in 2005 when Steve installed a 2.28 KW system on their home (later upgraded to 6 kw.)  In his spare time Steve enjoys road cycling and spotting homes with solar electric systems on their roofs.

Steve and Andy crossed paths professionally in 2003 (they have been friends since 8th grade) when Steve was helping a customer install an off-grid solar power system and Andy was brought in as a solar consultant for the job. That cooperative effort inspired Andy and Steve to co-found Power Trip Energy Corp. in 2004.   Bringing Steve on board allowed the company to convert from being a solar consulting company to a fully qualified, electrical contracting firm specializing in the sale, design, and installation of grid-tied solar electric systems 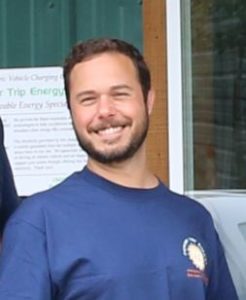 Michael joined Power Trip Energy in June 2016 to be apart of our Solar Design team. For the past 15 years he’s worked as Fine Wine consultant out of Georgia. He has a degree in Biological Science from Darton College and Computer Programming from Athens Technical. He is enthusiastic to be apart of a team that works hard to educate others on how much solar can impact our lives and our local community.

He is a father to 3 beautiful kids and enjoys spending as much time as he can enjoying the local sites that the Pacific Northwest has to offer.

Buddy moved to Port Townsend with his partner in  2013 with the intention of starting a family here. They wanted to raise children in an environmentally conscious area that they could see themselves growing older together in. Their first child was born in September of 2015, have since had one more and have moved into fostering as well. Buddy met his partner when they attended Central Washington University. His background is in Cell/ Molecular Biology/ Botany. He started his career in Port Townsend at Mt Townsend Creamery where he worked for 7 years, 4 of which he was the Lead cheese maker there. Their family enjoys hiking, camping, and taking in the boundless beauty this area has to offer. They are grateful to be here and to be completing their goal of raising a family here. 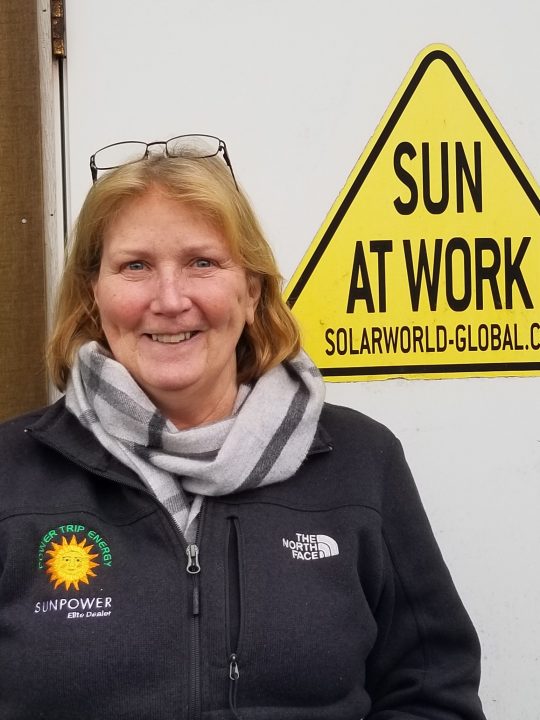 Karen Joined Power Trip Energy in August 2020. She recently moved here from Sonoma, CA. They have had a home in Port Townsend for over 15 years. She comes with over 40 years of accounting experience and is happy to be a team member of a company making a difference with the environment. 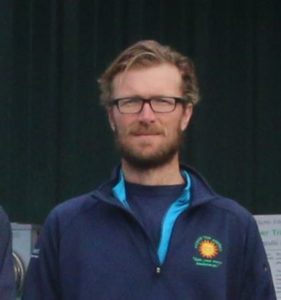 Caleb joined Power Trip Energy in May 2007 and is now one of the most experienced solar electricians in the state. Caleb thoroughly enjoys installing solar electric systems.  “When I was holding the solar panel in my hands for the first installation, it felt like a good dream.  I had my hands on a piece of technology which was creating something that is going to last.  It feels like we are in the early stages of what is going to happen, what is going to underpin the new economy.  It feels like I am a part of a project that everyone should be a part of, not necessarily doing solar, but being part of saving the earth.” A PTHS grad Class of 1993, Caleb holds a degree in English Literature from Carleton College in Northfield, MN. 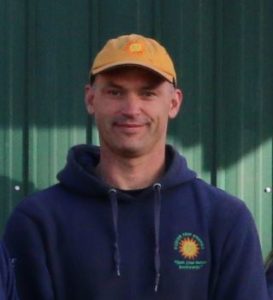 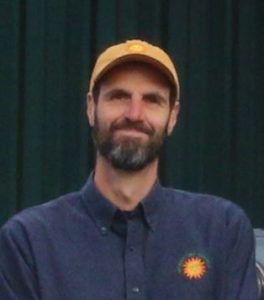 Dan started with the  Power Trip Energy Install crew in June 2015. His background includes being a Nuclear Trained Mechanic for the US Navy for 11 years,  13 years as a foreman for residential concrete construction, and 6 years as a carpenter for 2 local companies. He is an avid environmentalist and is thankful to be apart of a company that shares his views on creating renewable energy for future generations.

Dan and his wife Steph and their two daughters live in Port Townsend. They enjoy riding bikes, hiking and going camping around the Pacific Northwest. They enjoy going to local festivals and being apart of a community with such diversity. 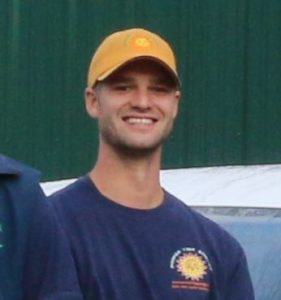 Geoff joined Power Trip Energy Install crew in April 2015. His background includes working at a local resort for the past 14 years. He was excited to take the opportunity to have a job with consistent hours and scheduling. He appreciated the values that Power Trip Energy has to offer with valuing their employees needs and family life!

He and his wife Amy have 3 beautiful kids that enjoy bowling and going out to watch a movie. They also enjoy playing on the water of the cool Pacific Northwest and golfing the courses around the Peninsula. 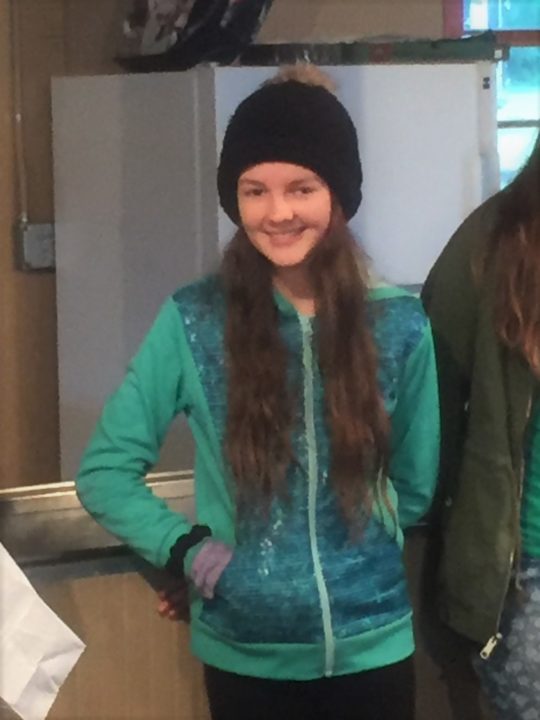 Holly has been helping maintain the web page and has been performing correspondence and data base maintenance in the office.  We are hopeful she will learn skills here that will serve her future employers well.

Graham (Steve’s dad) is a master electrician who assisted with solar system installations and was our electrical administrator.  Graham joined Power Trip in 2004 after a career as an aircraft electrician and maintenance electrician in Alaskan canneries, Oregon sawmills, and at Jefferson General Hospital, before joining Power Trip Energy.  Graham enjoys helping people live lighter on the planet by making their own green power, and remains available to us in his retirement.

We were proud to become the first SunPower Dealers in Washington State in 2009, bringing this very high quality product into our local markets.  We recently were promoted from Premier to Elite dealers based on our sales volume, and our continuing education through SunPower University.  We also have several employees that are Certified Advanced by SunPower in various aspects of Design and Installation.

SolarWorld also now has an Authorized Dealer program, which required an audit of some of our

installations.  We were pleased to receive an A+ during their audit process in 2013.

We are members of PSE’s Contractor Alliance Network, which has various requirements certifying the quality and integrity of our work. 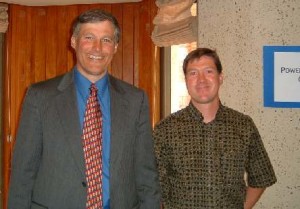