The Paris Agreement represents unprecedented multi-national cooperation, and may finally be an initial international step in addressing the challenge of carbon emissions over the coming decades.

The EPA’s Clean Energy Plan announced in August will hasten the transition to non-carbon based electricity generation.  This represents a significant increase in the EPA’s authority over state’s energy policies and fuel use, although it doesn’t dictate how states reduce CO2 emissions, just that they must reduce or they must pay to participate in carbon reduction markets.  This will be a long and winding legal road through numerous court challenges, but certainly represents a progressive step towards cleaner air.  http://www.epa.gov/cleanpowerplan

The Federal Investment Tax Credit for Solar was extended in federal funding bills passed and signed in December contain the most significant federal legislation for solar in a decade.  The 30% tax credit remains in place until 2019, and then decreases for two years before expiring for residential projects, and remaining at 10% permanently for commercial projects.

This ITC extension is very good for the solar industry as well as taxpayers because instead of looking at a bubble in 2016 and perhaps a decrease in 2017, we are looking at several years of more predictable growth.  A very good forecast and details of the tax credit schedule are in this Utility Dive article:  http://www.utilitydive.com/news/what-utilities-need-to-know-about-solar-growth-after-the-itc-extension/411139/

California’s Net Metering 2.0 does not affect us directly, but represents a major confirmation that very high levels of distributed pv should be valued at the retail rate at the point of use. http://www.utilitydive.com/news/california-regulators-propose-to-keep-retail-rate-net-metering-for-solarwi/410873/

Unfortunately we have seen some back-sliding in some states where the utility industry has a more unified influence on the government regulators, as in Nevada and Arizona.  http://www.technologyreview.com/news/545146/battles-over-net-metering-cloud-the-future-of-rooftop-solar/

The amount of pv installed now exceeds the legislative mandates from the 1998 net metering law in many Washington state utilities, due to its minuscule cap (0.5% of the 1996 peak load.)  The amount of clean solar energy generated now causes incentive payments to be significantly reduced in many utility territories due to the small incentive pool set aside for this cost recovery program by the legislature (0.5% of electrical revenue.). For example Jefferson County residents with solar saw their incentives reduced by 30% last year, and will see further reductions every year until 2020, when the program was scheduled to end.

The question will now be what the WA legislature does.  We stand at a crossroads here in WA.  Will we lead the way to a cleaner environment and healthier economy, with individuals empowered to improve their homes and reap the benefits.  Or will we back slide at the behest of utilities which are clawing to hold onto a past they can not have as their future?  We are founding members of Solar Installers of Washington and through this group we are supporting efforts in Olympia to address our state programs.

In Olympia right now, House Bill 2346 is a bipartisan effort to extend the Washington State incentives introduced by Rep Jeff Morris (D) and Rep Norma Smith (R).  This bill will decrease the incentive amounts available to new installations, but will increase the amount of the incentive fund pool.  We strongly support HB 2346, and recommend you learn more here:

Regardless of what our national and state governments do, we will continue to serve our clients by surveying the renewable energy industry and providing our best assessment of  what makes the most sense for our clients, and performing quality turn-key installations.

Thank you to our clients and best wishes to everyone for 2016! 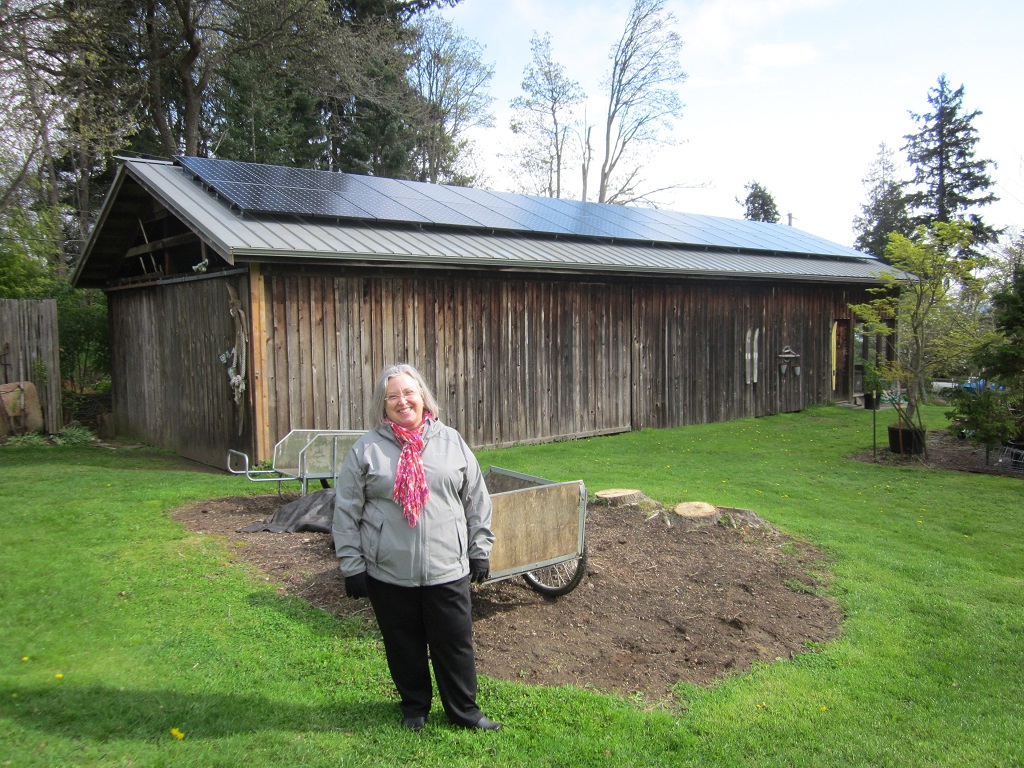 11 KW of SunPower PV at Nancy’s home in Kingston, WA