Coming to a Sub-Station Near You, or “Why can’t I get a Tesla Power Wall Yet?”

Tesla was one of three companies that just brought online 70 Megawatts of instantly deployable lithium battery power, totaling approx 280 Megawatt-hours of energy storage.  These projects were recently purchased by Southern California Edison (SCE) in response to the massive Aliso Canyon natural gas leak, which impacted gas supply for local plants, and the earlier than planned shut-down of the two San Onofre nuclear plants the company owns, due to premature wear which is still not understood.

This project represents the largest battery storage project in the world, and was completed faster than forecast, with a 100% safety record (no injuries during construction.)  This 70 MW, represents the first step in a much larger eventual capacity for SCE.  Some of the lithium battery storage they are deploying is on the customer side of the meter.  This project is the main reason why you can’t get a Tesla Power Wall at the moment here on the Olympic Peninsula.

18 months ago, right after the initial Power Wall product announcement, I wrote that I hoped to see them within 12-18 months.  18 months later, I hope to see them in 12-18 months.  Tesla is currently in “full production mode” at the Gigafactory outside Reno, NV, aiming to produce 50 Gigawatt-hours of battery capacity annually by next year, and eventually 150 Gwh annually.  Gigafactory 2 has been announced for Europe, but no site has been determined yet.  We can currently get products from other Lithium battery manufacturers that represent the first generation of this market, available for our clients who want to be on the cutting edge.

The synergy between utility scale solar pv and storage at the substation level is too sweet to ignore, and I expect to see continuing cost reductions and increase in the speed and efficiency of build-outs.  In the meanwhile, if you have a sunny roof on your house, plain vanilla grid-tied pv is probably still your best option at the homeowner scale for the foreseeable future.

To learn more about the state of the art in Lithium battery deployment at the utility scale, Julia Pyper’s most recent article is a great place to start: 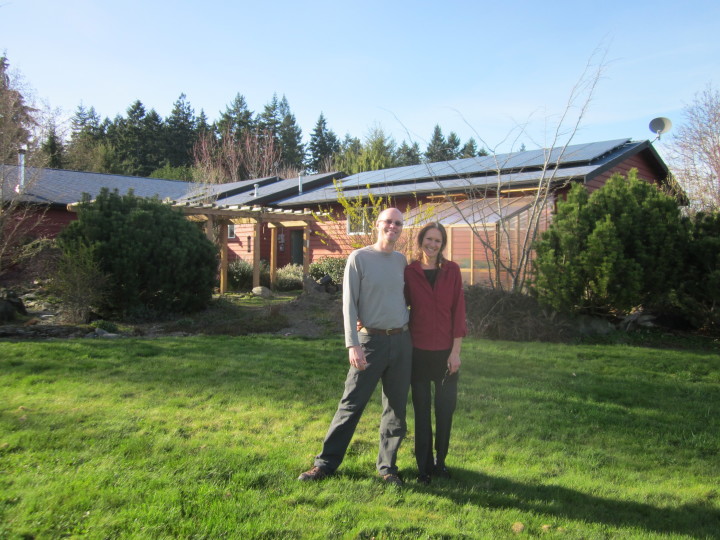