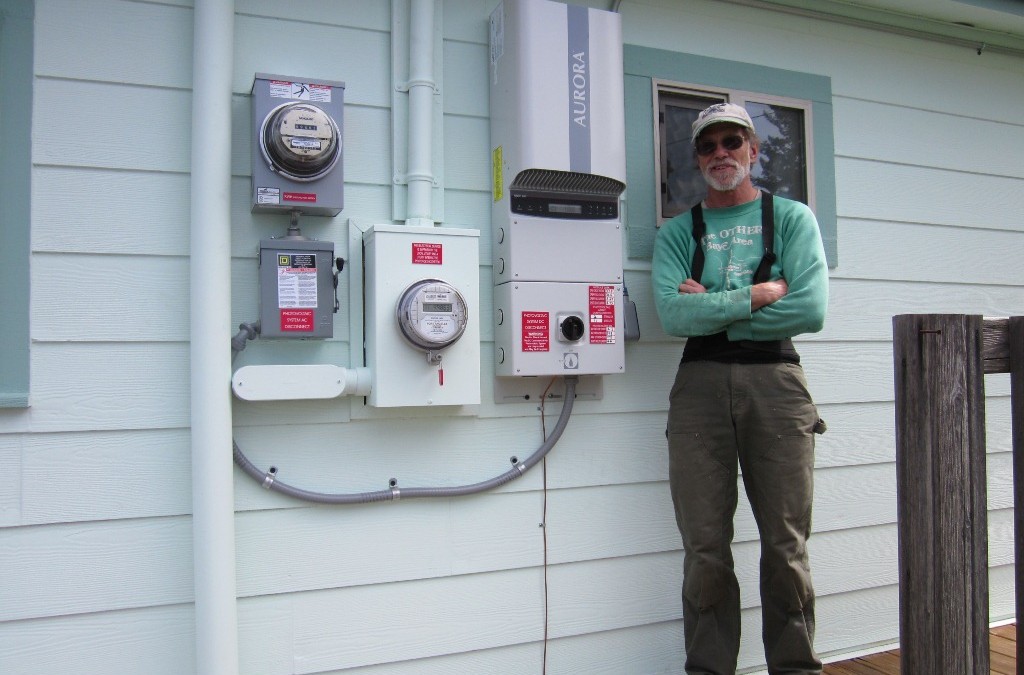 It is interesting to see how our local practices and observations align with the global market.  Nearly all of our projects are served by 4 of these top 10 inverter manufacturers.  I can offer quick feed-back on SMA, Power One, Fronius, and Enphase from the small-scale residential grid-tied perspective.

We have been using mostly Power One inverters since they began manufacturing domestically in Arizona in 2010, due to the high efficiency of their transformerless inverters, and the presence of dual MPPT inputs.  The two different arrays here at Power Trip Energy are served well by a single Power One 4.2kw inverter.

Prior to 2010 we had used nearly exclusively the SMA SunnyBoy inverters, including two at my house, and the systems at Steve’s and Jeff’s homes.  SMA now has an updated product line that is transformerless, dual MPPT inputs, a 15A 120 VAC auxiliary for some emergency back-up, and improved data monitoring.  We just installed ou first project using a 5kw SunnyBoy TL series, and if the product proves itself satisfactorily, SMA appears poised to take back some of our market share from Power One.

The Fronius product line is fills some niches among our projects, with their single inverters in the 8-11 kw range, and their three-stage inverters are intriguing.

The fact that Enphase is continuing to increase market share is not surprising despite the high price, due to their first mover status in the  micro-inverter segment, and their effective marketing.  We continue to be underwhelmed with their reliability and the over-stated ease of installation.