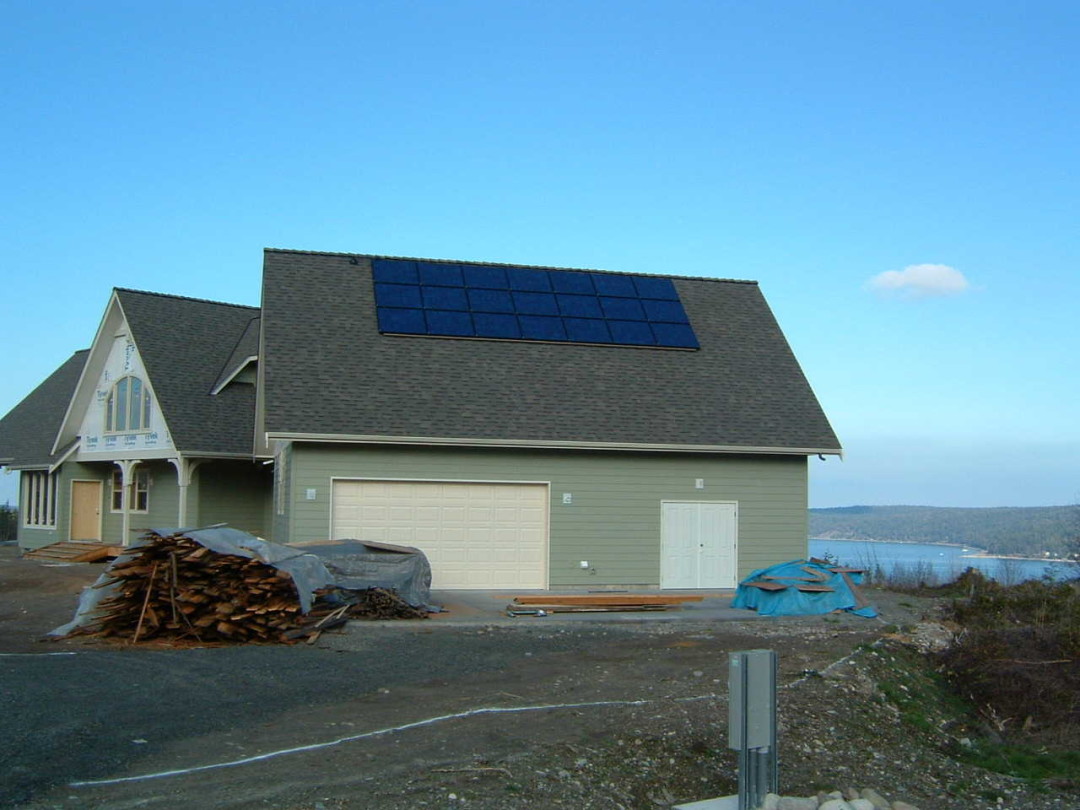 This home also had several other great energy efficient characteristics, beautiful finish work inside, and a sweet view of Sequim Bay.  Of note, this was the final Power Trip Energy installation performed by Puget Sound Solar.  After this project, Steve and Graham Carr joined the company, and we became electrical contractors performing all aspects of the installations.  This project was also during our initial phase wherein we sold the equipment at our wholesale cost, choosing to promote the technology and learn about the equipment without a profit on our first 5 installations (which became the first 8.)  Tragically Dr Meyers, who loved fishing, was lost at sea shortly after this project.  In 2014, we heard from the current occupants of the house that the system was not working.  The 10 year old inverter had failed, and we were able to install another previously owned SunnyBoy 2500 to get the system performing again.  Inverter replacement after 10 years for project that was sold at cost – free of charge.  Making clean power from the sun – priceless. 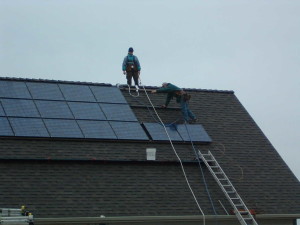 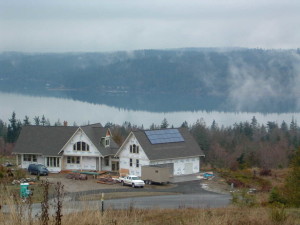