Solar power systems in Bremerton work extremely well. Power Trip Energy has installed many solar PV systems in Bremerton over the years. The Kitsap Peninsula averages approximately 3.5 hours of full sun per day. That is about 70% of the sun resources of southern California. Here are a few of our latest projects in the Bremerton area. 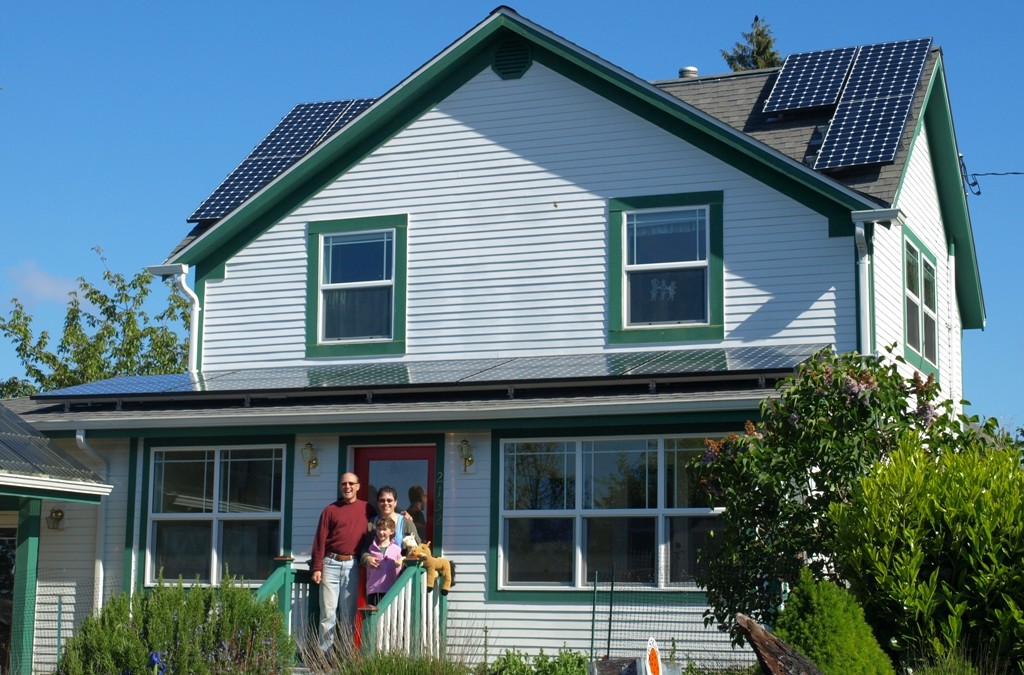 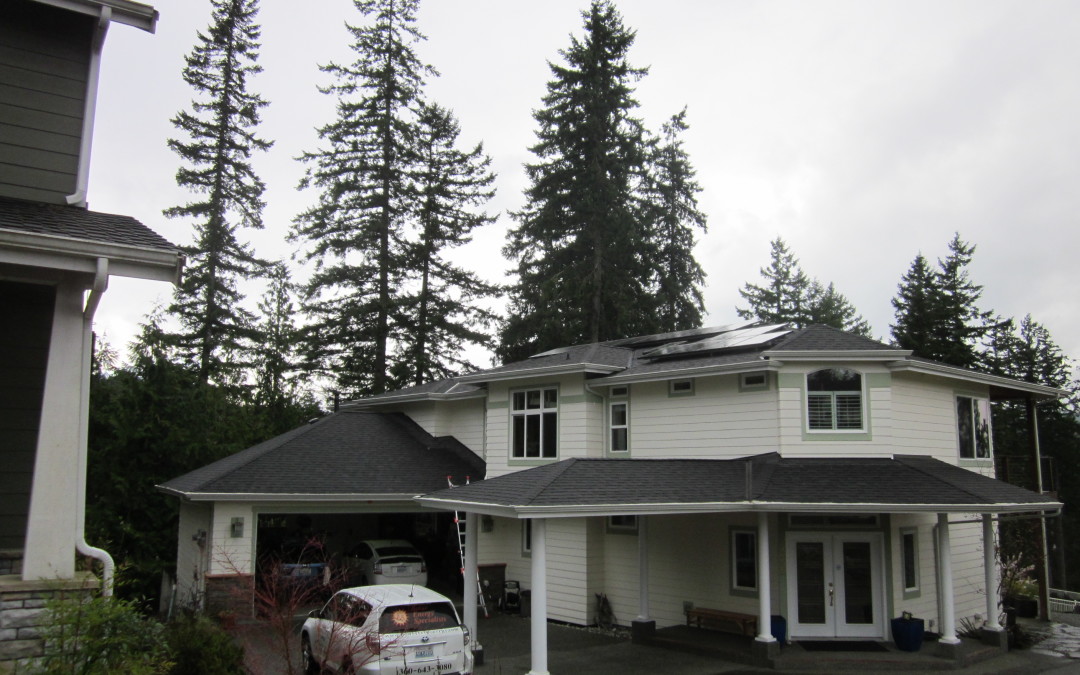 5.99 KW grid tied system comprised of 20 Solar World 270 watt modules each with its own Aurora micro-inverter. 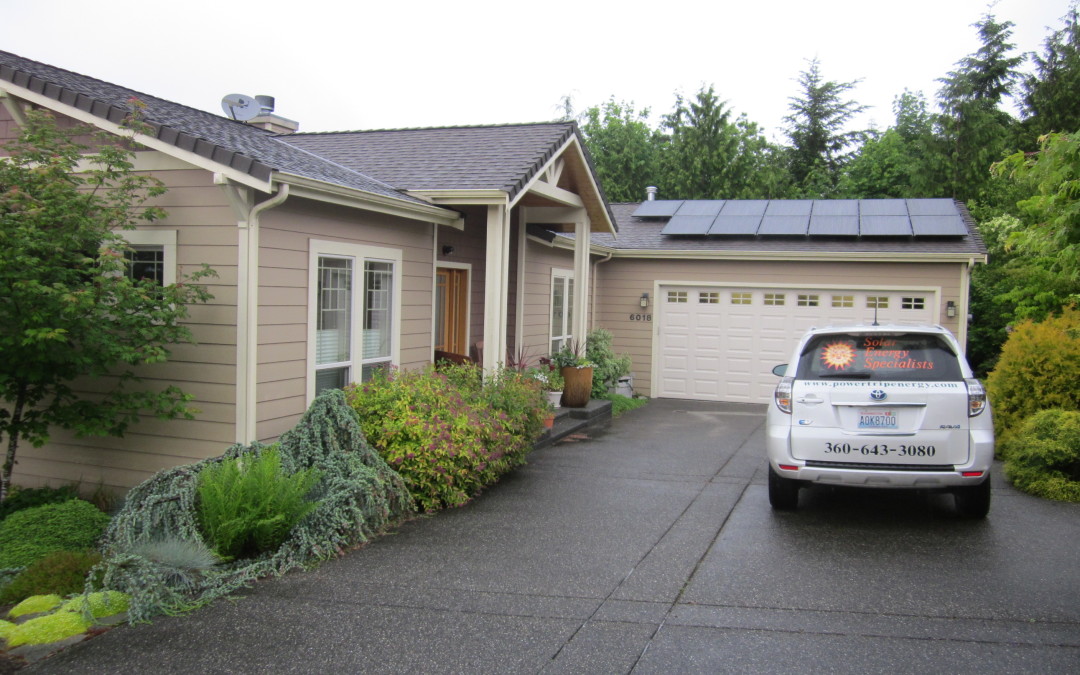 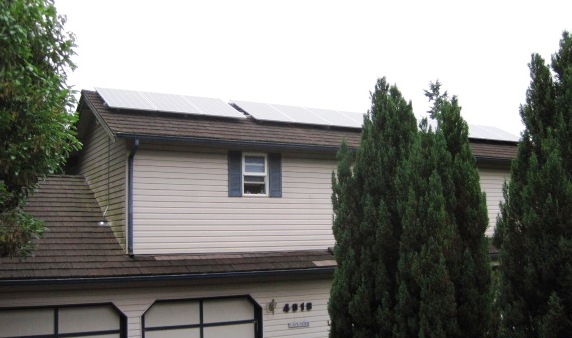 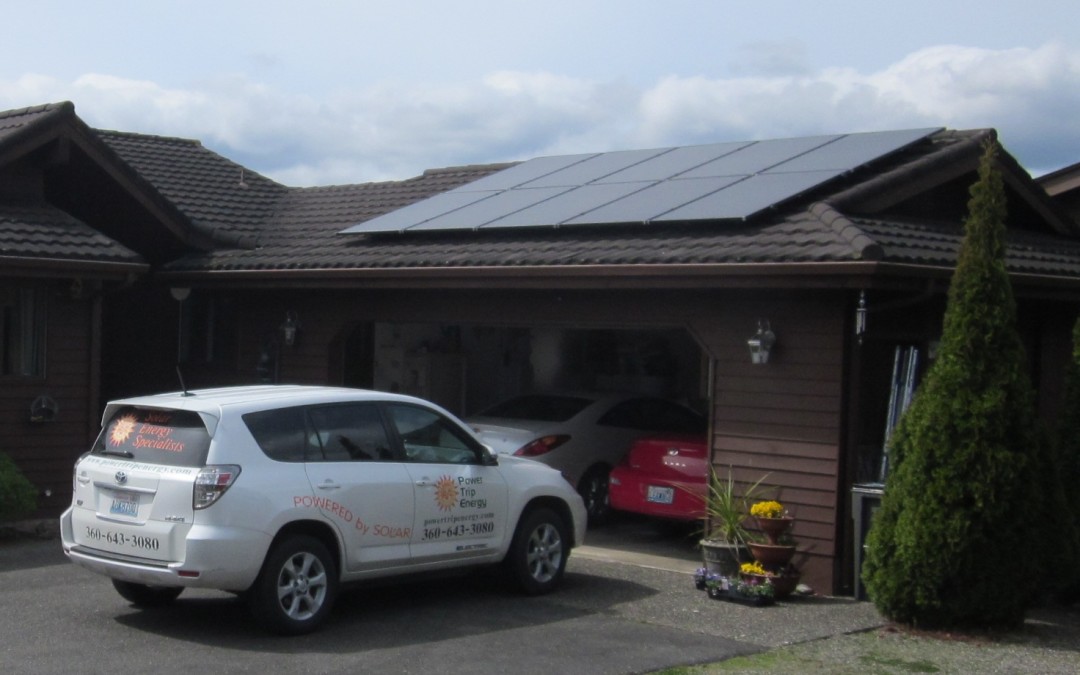 5.83 KW comprised of  22 Solar World 265 watt modules and a Power One inverter was added to an already existing system. 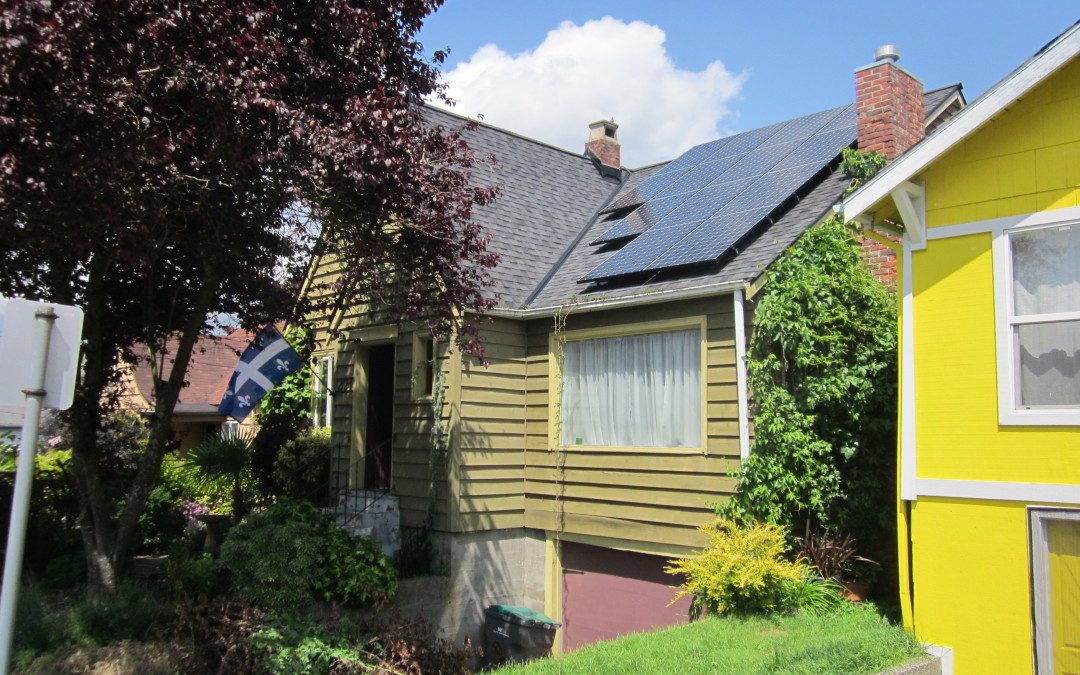 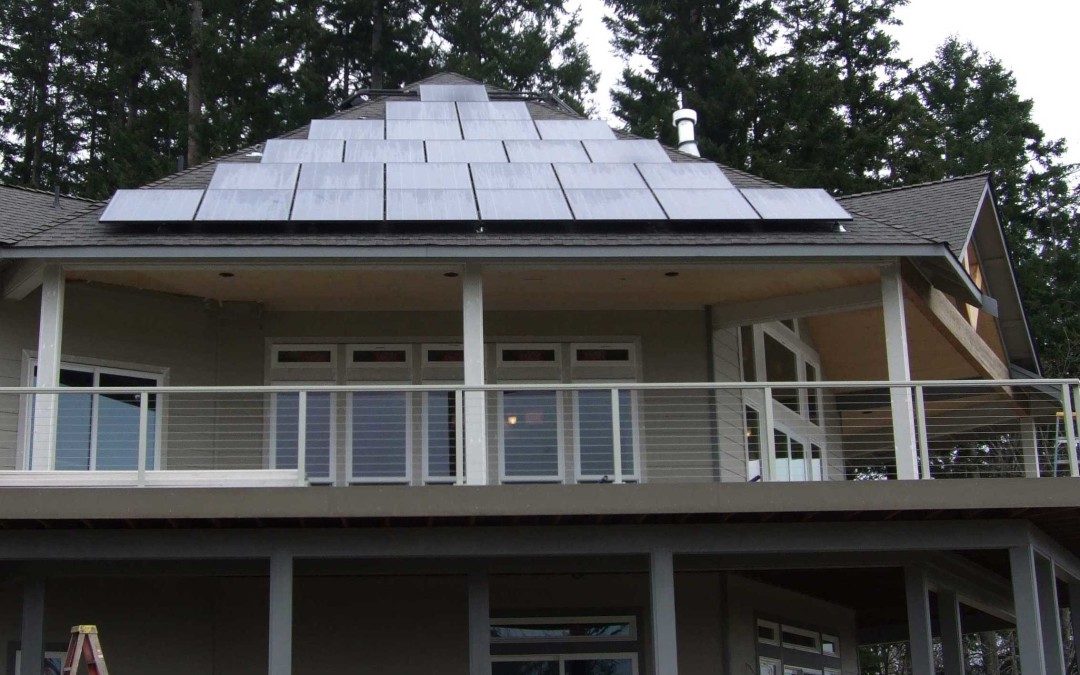 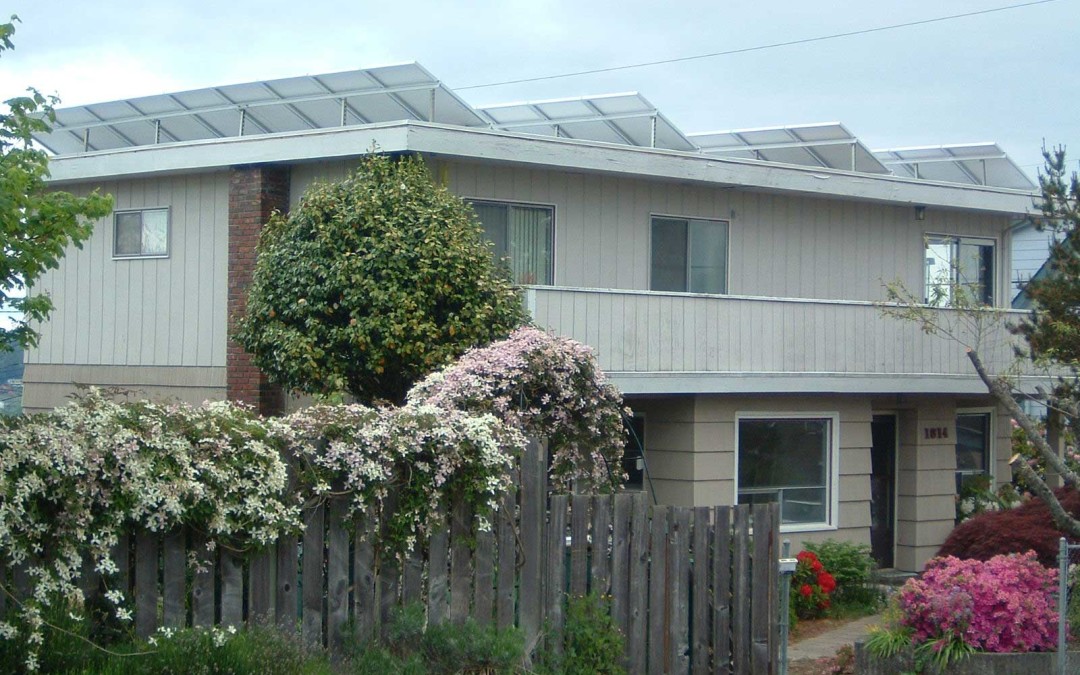 6.84 grid tied PV system composed of 36 Evergreen 190 watt modules and SMA inverters on the PSE grid. The two inverters allow a portion of this array to be fed to each of the two dwellings in the duplex. 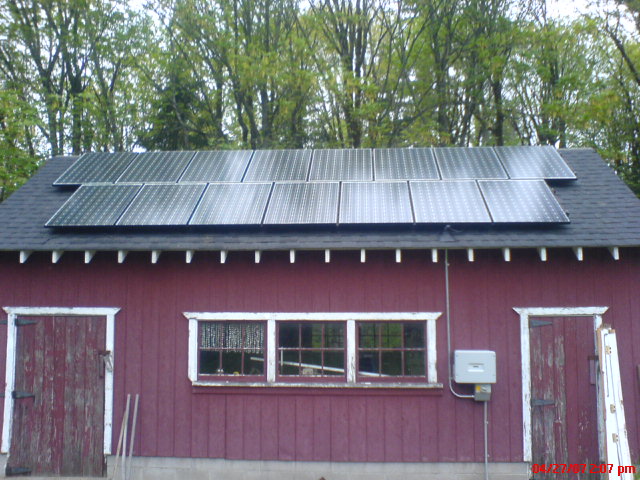