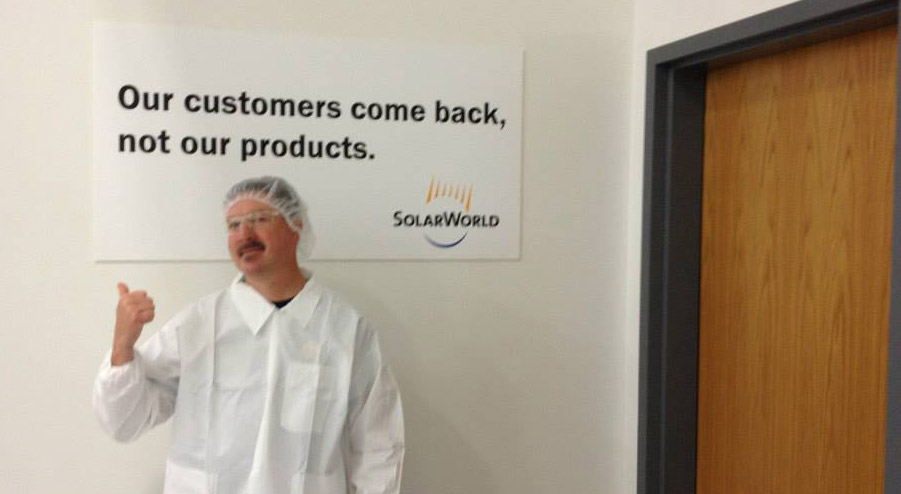 The other evening, my kids were asking me how photovoltaic modules are made.  I gave my best explanation on my own, and then also found several excellent resources on the web.  This was one of the best videos (23 minutes, trade-show-commercial-style presentation):

Here is the process at a quick glance from SolarWorld’s website:

The SolarWorld mono-crystalline modules we install are made at their facility in Hillsoboro, OR.  This video is from their Freiburg, Germany factory mostly showcasing polycrystalline silicon module production.  When I visited Hillsboro in early 2013, they were still growing the mono-crystalline silicon ingots there, and it was interesting to see the raw silicon material and the 8′ long x 8″ cylindrical ingots coming out of the kilns.  Since then, they have idled the kilns in Hillsboro and are getting the wafers from the factory in the video in Freiburg.

The quality of what is shown in the video and the fact that this company is a major global manufacturer with vertical integration and in-house quality control, is one of the main reasons we are happy to have partnered with them as an installer of their US-made products.

They wouldn’t allow pictures on the factory floor, but they made a better video than I could have anyway.