“Net Metering” describes the relationship between a utility and its customer when the customer has rooftop solar that is sometimes feeding the grid in addition to supporting their own loads, and the customer is compensated at the same rate as they are charged per kwh consumed or provided.  In Washington, we have a net metering law requiring utilities to accept net metering systems up to a total capacity of 0.5% of the 1996 peak load.  For more info read here https://powertripenergy.com/solar-faq/

Many utilities are now reaching that level, and due to the PR efforts of national electric industry interests, some local utilities are using language they have heard which threatens solar here in Washington.  Increasing the legislative caps on net metering is crucially important to allowing private individuals the freedom to invest their own funds in upgrading their house with solar, and being compensated at a fair rate for the clean electricity they provide to the utility.  Unfortunately the legislature has had a difficult time addressing this issue, even though the present cap of 0.5% of a peak load from 20 years ago is miniscule.

Here is how three other states are faring, based on recent news:

Hawaii’s Utility commission has voted to end net metering after seeing solar on as many as 16% of the homes on Oahu.  This is poor policy, and will probably lead to grid-defection among some people who can afford batteries and who have large parcels (Hawaii law requires utility electrical service on standard small residential lots.)   http://www.greentechmedia.com/articles/read/hawaii-regulators-shutdown-hecos-net-metering-program

New York regulators have suspended the caps on net metering in an effort not to interrupt installations as reaching the current 6% of load cap is imminent.  http://www.utilitydive.com/news/ny-regulators-lift-solar-net-metering-caps-until-rev-docket-sets-der-values/407667/

In Vermont, the net metering cap was raised from 4% to 15% two years ago, a cap that has now been reached.  Regulators are considering removing the cap.  http://www.washingtontimes.com/news/2015/oct/24/vermont-reaching-net-metering-cap-with-solar-expan/

Based on the level of solar other states are working to achieve, if you hear anyone talking about solar causing problems in Washington at 0.5% capacity, your response should be skepticism. 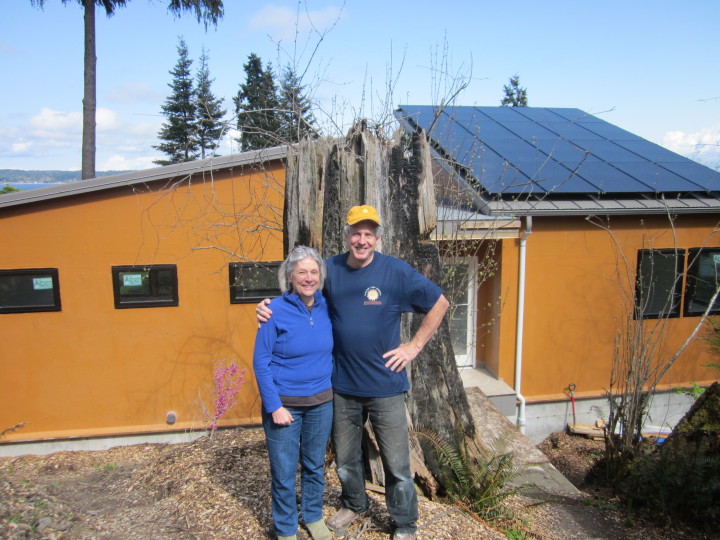