SunPower, a California based company that makes their PV cells in the Philippines, has been subject to the same solar tarriffs as the rest of the industry, despite arguing that they were materially different from the cheap commodity imports, protection from which was the point of the tarriffs.  SunPower has been paying $2 million per week in tarriffs, which they say could have been better spent on research and development here in the US.

Today they received notice that the tariffs would not be applied to their “inter-digitated back contact” (IBC) Maxeon cells, which are in the most efficient solar modules on the market.

There are two other big recent news item from SunPower:

They have announced a 5 year strategic partnership with Enphase, the worlds largest micro-inverter manufacturer.  SunPower had been manufacturing their own micro-inverters since their purchase of SolarBridge several years ago, and have sold that facility to Enphase, who will use it to expand their own production capabilities.  The Enphase micro-inverters will be incorporated into SunPower’s AC modules for products we receive beginning in the fourth quarter of this year.

Secondly, SunPower’s purchase of SolarWorld Americas is closing soon, and in this, SunPower has purchased the largest North American manufacturing location and will produce their own product as well as the SolarWorld modules for the German parent company.

As the solar market matures, we see complexity and consolidations, and we are very happy to see SunPower taking the steps it needs to remain a global leader in solar manufacturing.  We have been SunPower dealers since 2008, and we appreciate their highest efficiency, strongest warranty, and stable market position.  They now comprise nearly 100% of our installations. 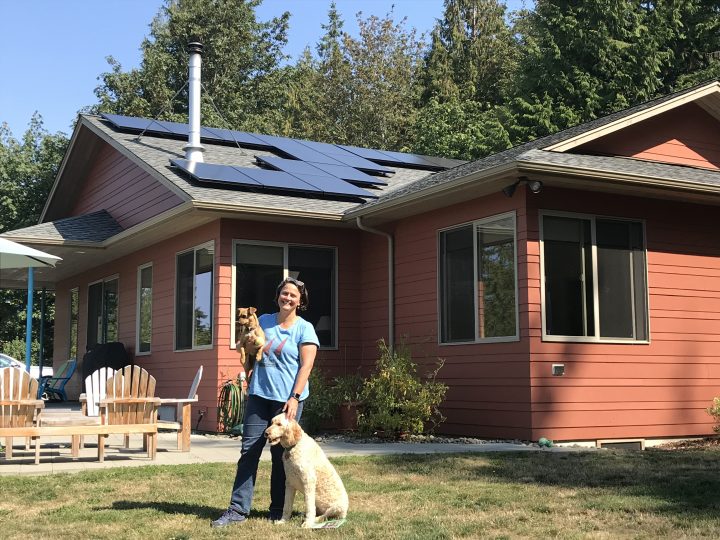 11.4 kw in Port Townsend, working around some tree and chimney shading with SunPower modules.