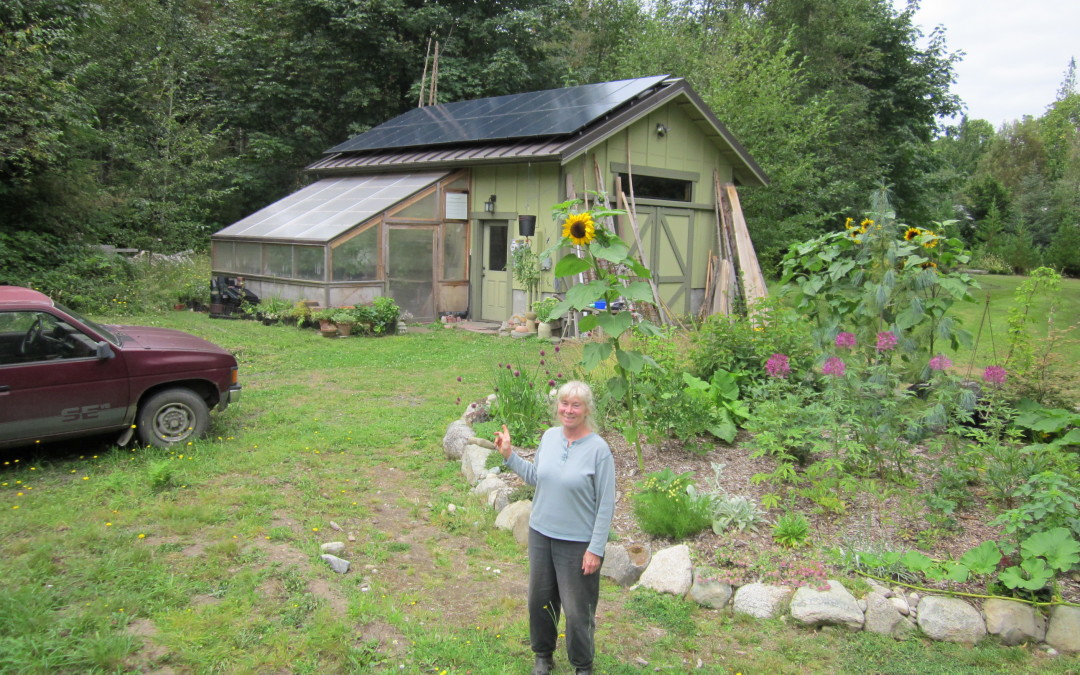 Here in Washington, we benefit from a state program designed to promote the installation of pv which offers an annual payment based on production, rather than a one time up-front rebate or tax credit (as found in many other states.) I will explain this program in two parts; this post will relate to individual projects, be they residential or commercial, and the next post will endeavor to navigate the morass of community solar projects.

The program was originally passed as law in 2005 and was eventually implemented by the Dept of Revenue and the eleven largest utilities in the state in 2006.  The applicable codes may be found in RCW 82.16.110 and WAC 458-20-273.  The program states that owners of grid-tied pv, wind, or anaerobic digesters will receive an annual payment based on the amount of kwh (kilowatt-hours) they have produced during the previous calendar year.  The base rate is $0.15 per kwh and there are several multipliers that can raise or lower that rate.  The program has a couple of different caps that limit payments both individually and overall, and it rewards the use of Made in Washington equipment with higher rates.  The current end date of the program is June 30, 2020, giving us 7 more full summers to my reckoning.

To offer some pricing perspective, the retail price of electricity here in Puget Sound Energy Land is currently about $0.10 per kwh, and in the land of our nearby public power cousins like Clallam PUD, the rate is closer to $0.07 per kwh.  Consider that as you read about the production incentive rates and multipliers.

Mulitpliers – While the base rate is $0.15 per kwh, the rate for wind power is 0.8 times that so only $0.12 per kwh.  The main components for pv are the modules and the inverters.  If you are using modules made in WA the multiplier is 2.4, so you get $0.36 per kwh produced, and if you are using a made in WA inverter, the multiplier is 1.2 so you get $0.18 per kwh.  The Dept of Revenue in 2006 (before any made in WA modules were available) made the determination those rates were additive, so using Made in WA modules on a Made in WA inverter yields a whopping total of $0.54 per kwh.  This program is equivalent to a FIT (Feed-In Tariff), and at its peak, the German FIT was the equivalent of $0.52 per kwh.  Since around 2007 the German FIT has decreased (and the value of Euro:Dollar), while the Washington rate has remained static.  Today it remains among the highest FIT equivalent rates globally.

The first cap is on the annual maximum amount an individual “customer-generator ” can get paid, and that cap is $5000.  This figure means that the largest system someone would design to if trying to maximize yield would be about a 30 KW system for the most competitive products on the global market, or a 10 KW system using the Made in WA equipment.  While these caps are probably appropriate for a residence or a small business like ours, they render the program inconsequential for a commercial venture of any size.  As a result, the commercial market in our state is inconsequential.

The second cap is on the dollar amount of the overall incentive pool (per utility), and this cap is at 0.5% of the utility’s overall taxable utility revenue.  The mechanism for these incentives is that the utility reads the production meters for these systems, figures the correct dollar amount and pays the incentive, and then takes a credit on their utility tax bill they pay to the state.   The cap was decreased to one half of one percent the last time the solar industry lobbied for some changes to improve the program.  This cap can be accurately referred to as puny.  Needless to say, we are dedicating ourselves to blowing through this lame cap way before 2020 in every utility territory wherein we do business.  Once the overall caps are exceeded all incentive applicants will receive prorated payments. 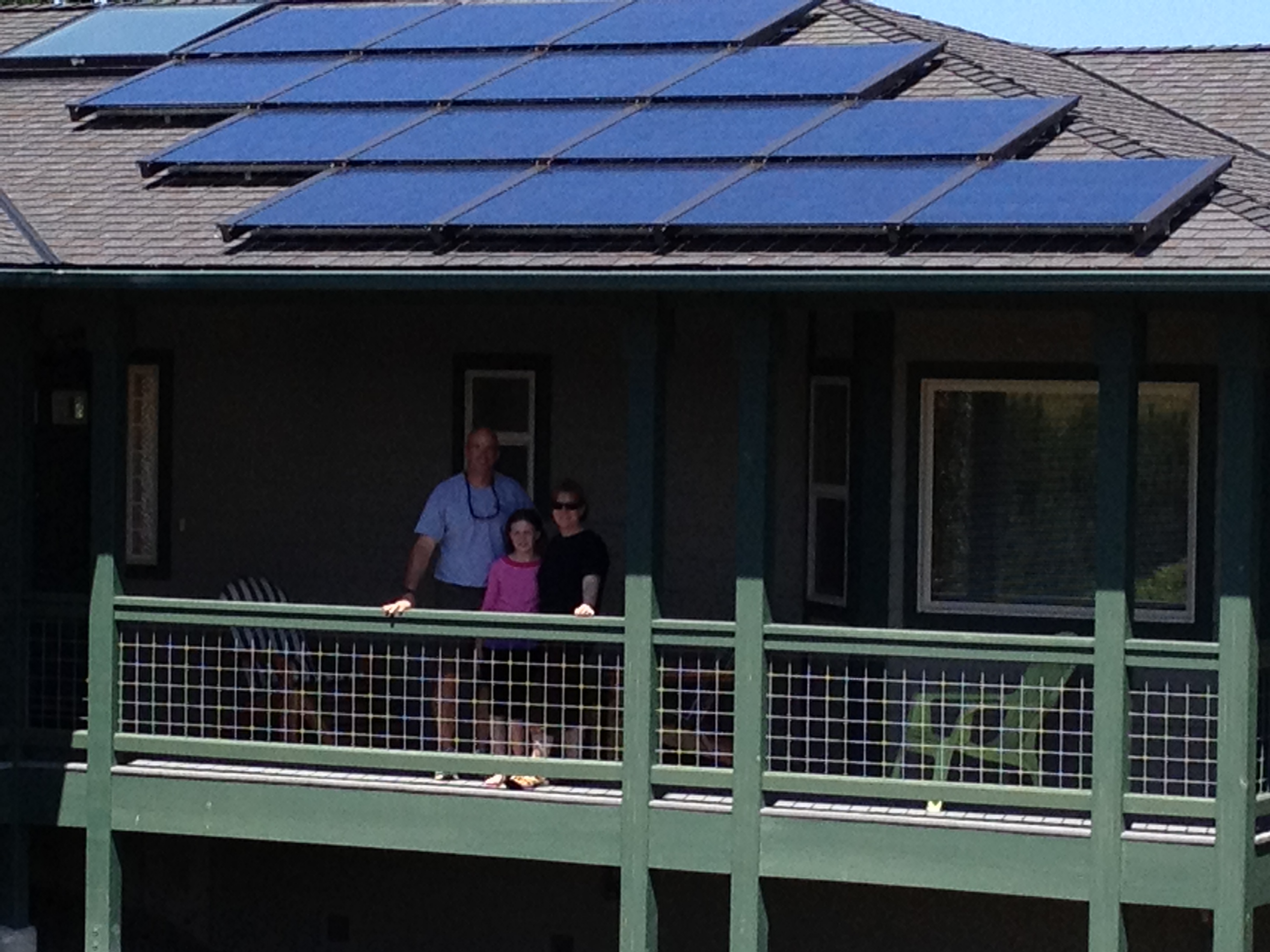 That changed in early 2010 when we started using Silicon Energy (SiE) pv modules made in Arlington, WA.  They had some funky differences from the standard products and they were way more expensive so we grumbled, but gave them the benefit of the doubt and checked them out, slowly making them available on select projects where we thought they were the best fit.  As it turned out, the product was indeed superior as confirmed by NREL (the National Renewable Energy Lab) tests, and they have proven to be customer service oriented, and dedicated to a practical, reliable business relationship.  Once we had a couple of installations completed and had figured our own best practices in terms of installations, we stopped grumbling.  The price is a premium, but we own two SiE arrays on our shop, and have a significant stake in a community solar array using SiE modules.  While we are still not sure the economics tilt the scale towards using SiE as we now call them, we are willing to pay the steep premium for a fine locally-made product.   At this point, about 30% of our clients decide to utilize SiE products.

In late 2011, we were approached by a new Washington company called Itek (made in Bellingham), and I now have 2.1 KW of Itek pv on my roof at home.  We have yet to install Itek any for clients for several reasons, though we are looking forward to developing a good relationship with them in the future.  More posts to follow regarding Itek and their partners Blue Frog micro-inverters (made in Poulsbo.)

As the calendar progresses towards June 30, 2020, the competitive advantage enjoyed by the Washington manufacturers becomes less significant, so hopefully, they will be able to improve their efficiencies and decrease their costs in order to stay competitive in the global market and compete with long-time solar giants like SunPower, Sharp, Panasonic, and the aggressive new Asian entrants to the market (you may have heard of companies like Hyundai and Samsung.)

Duration –  As I mentioned a couple of times now, this incentive program is in place until June 30, 2020.  My kids, (which are now 8, 6, and 2), will be 15, 12, and 9 on that date, so it seems like a long time away to me.  In reality, the program has been in place 7 years, and has 7 summers remaining.  When the program was originally passed in 2005, the sunset date was 2014.  In 2007 though, the date was extended from 2014 to 2020.  Washington State had a budget surplus in 2007, and it was relatively easy for the state legislature to invest in programs like this, which models showed to actually be revenue neutral, due to the increased jobs in the nascent solar industry.  The jobs have been created so those models were probably accurate.  Nevertheless, it is apparent there will be no expansion or extension of the incentives as long as the state’s budget is in its current dire straits.  Will this turn around before 2020?  Will the incentive be extended?  Will the state even remain solvent that long to make good on its current commitments (and will I see any return on my meager investments into GET, the state’s pre-paid college tuition fund)?  Gaze in your own crystal ball, I will not commit my guesses to writing, but it is safe to say I am not holding my breath.

I will be covering the Community Solar aspect of the Washington Solar Incentives in Part 2 of this series, but it will not be until after I have received my first payment for our own Jefferson Solar Group’s community solar project, which should be sent before the end of this year. 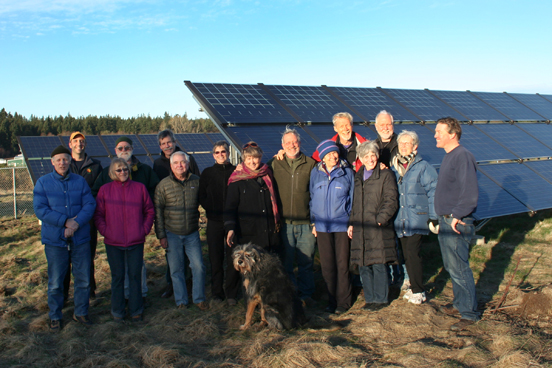