In the early morning Saturday July 1st, a couple of hours after passing the budget, both houses of the state legislature passed SB 5939, which will raise the caps on the currently over-subscribed solar production incentive, lowering incentive rates overall, but providing longer term certainty.  There are several other aspects of this bill, which should be signed into law by Gov. Inslee soon.  Until the Governor signs it, and even during the administrative rule-making process, anything can happen, however this looks as certain as things can get.  Overall this is a major improvement over the existing program and great news for people who install grid-tied solar PV in the next couple of years.  Lower rates but with a longer guaranteed result are helpful to everyone, however there are challenges in this new program.

The solar industry in Washington has been working with the legislature at least four years to implement many of these changes.  A brief initial summary is in order:

One important take-away is that there is a golden moment right now.  It appears people who install between now and Sept 30 will not pay sales tax, but will still get the benefit of the 8 year guaranteed rates.  Meaning…if installing solar pv on your home or business has been something you have been considering, and that you would like to do “some day”, there has never been a better time than right now. 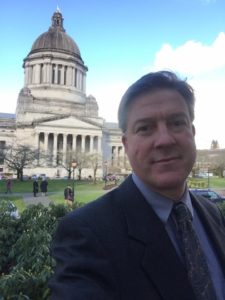 After meeting with representatives, Feb 2017 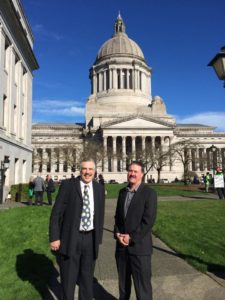