While most of our solar installations in Washington are on the Olympic Peninsula – including Jefferson, Clallam and Kitsap Counties, we do occasionally travel to other parts of the state to install solar energy systems. Here are few of those projects: 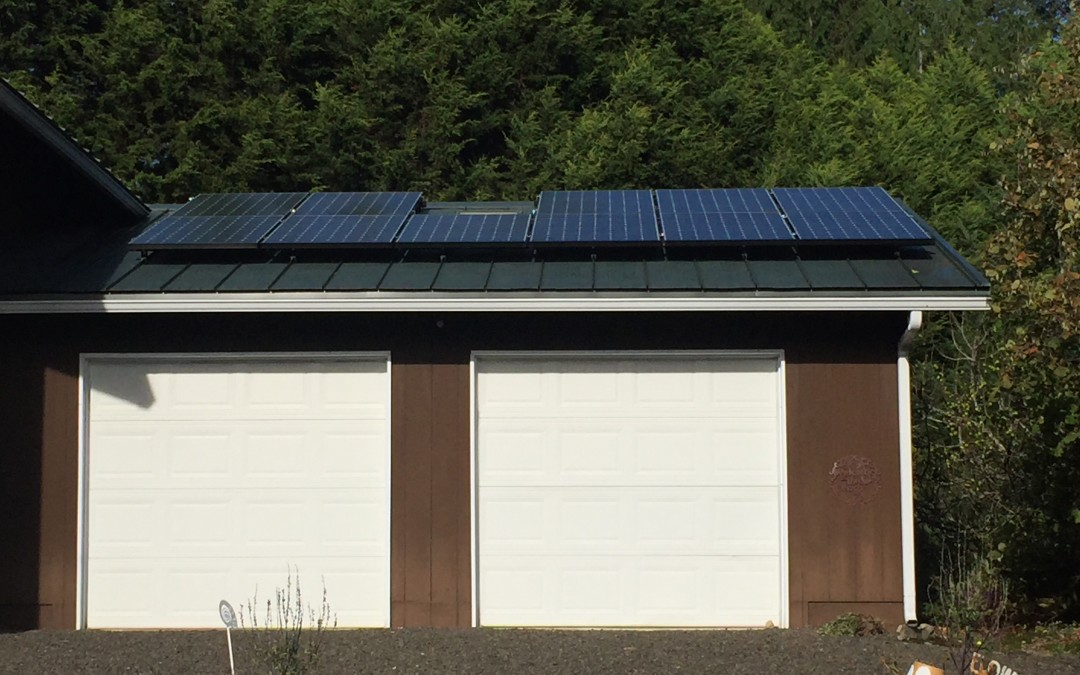 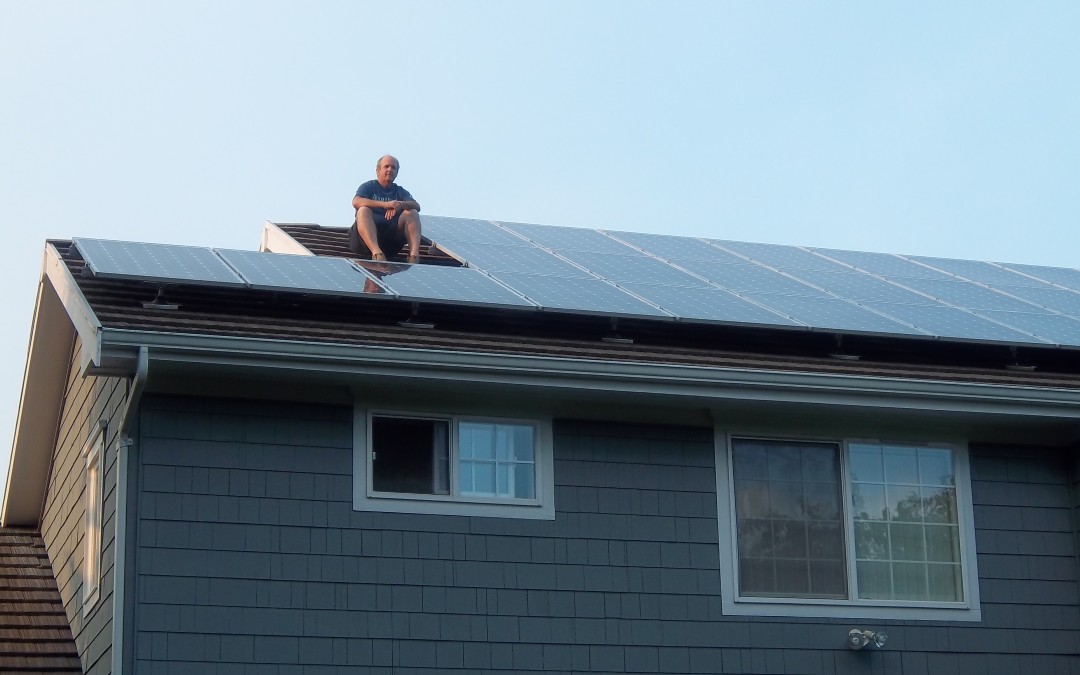 This array consists of 30 SolarWorld 275 watt  modules and two Power One inverters (one 3 KW and one 6 KW). 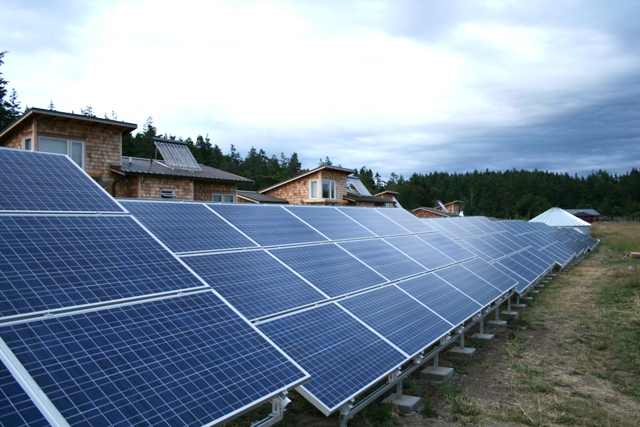 34 KW of Evergreen 205 watt modules on 11 Sunnyboy 3000 inverters, each providing power to one of the 11 houses at this uniques housing site. The Lopez Community Land Trust is one of the most innovative and well-run organizations we have ever worked with and their projects are inspirational to us and hopefully lots of responsible developers. This project is providing a path to sustainable net zero-energy affordable housing. Please check them out at http://lopezclt.org/common-ground/ . 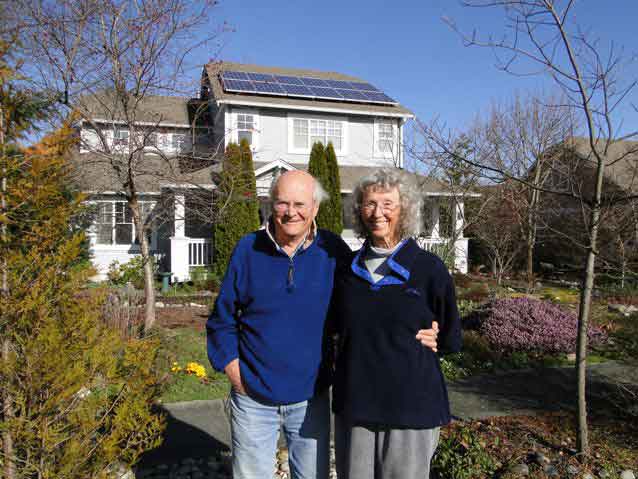 2.82 KW array consisting of Sharp 235 watt monocrystalline modules (made is USA) and a SMA 4000 watt grid tied inverter. The Dolphs are justifiably proud of their wildlife friendly yard. They can now add solar power to their green portfolio. 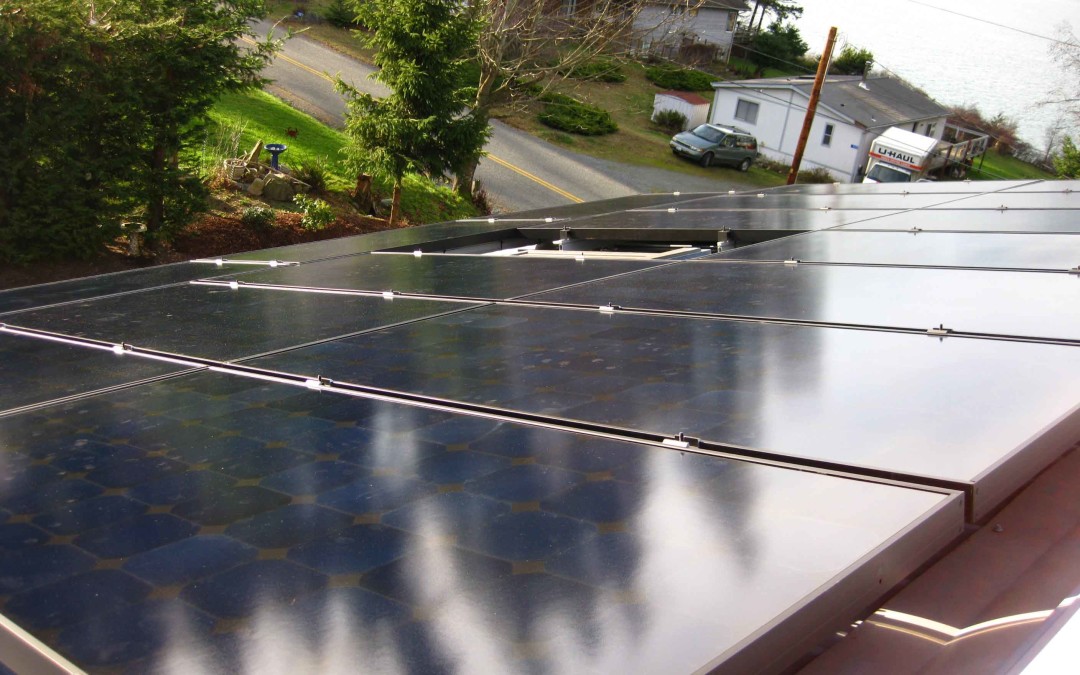 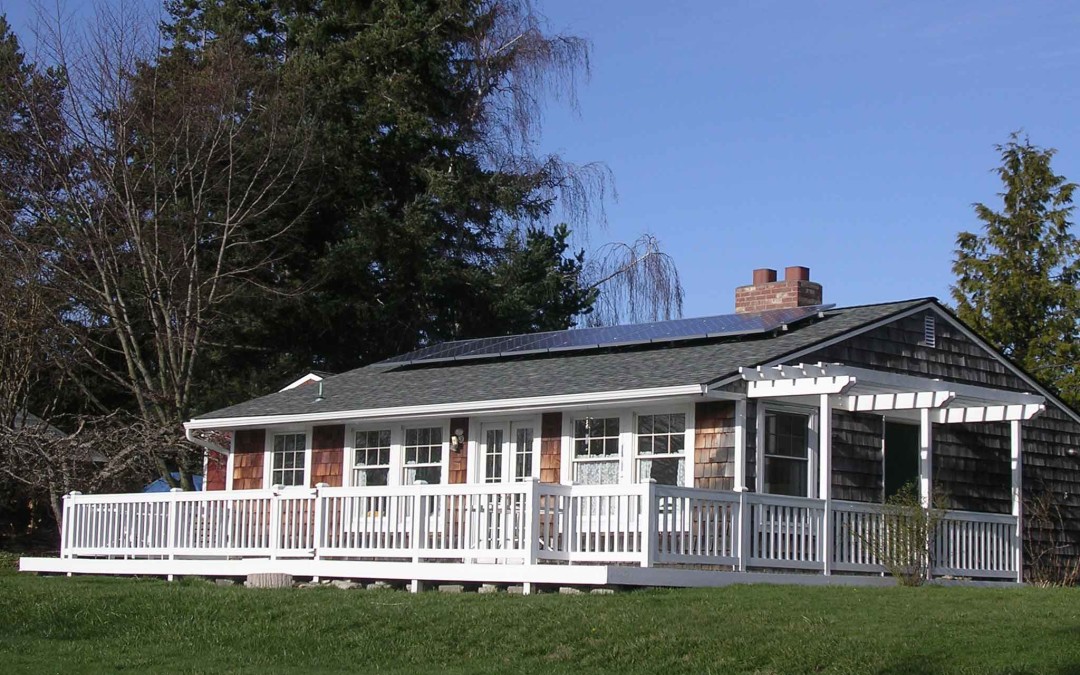 Bill and Ann love their little Guemes Island cottage and decided that it deserved solar power. Their system is small, 1.88 KW consisting of 8 sharp 235 watt modules and a Sunnyboy 2000 watt inverter, but should generate as much electricity as this away cottage uses each year. 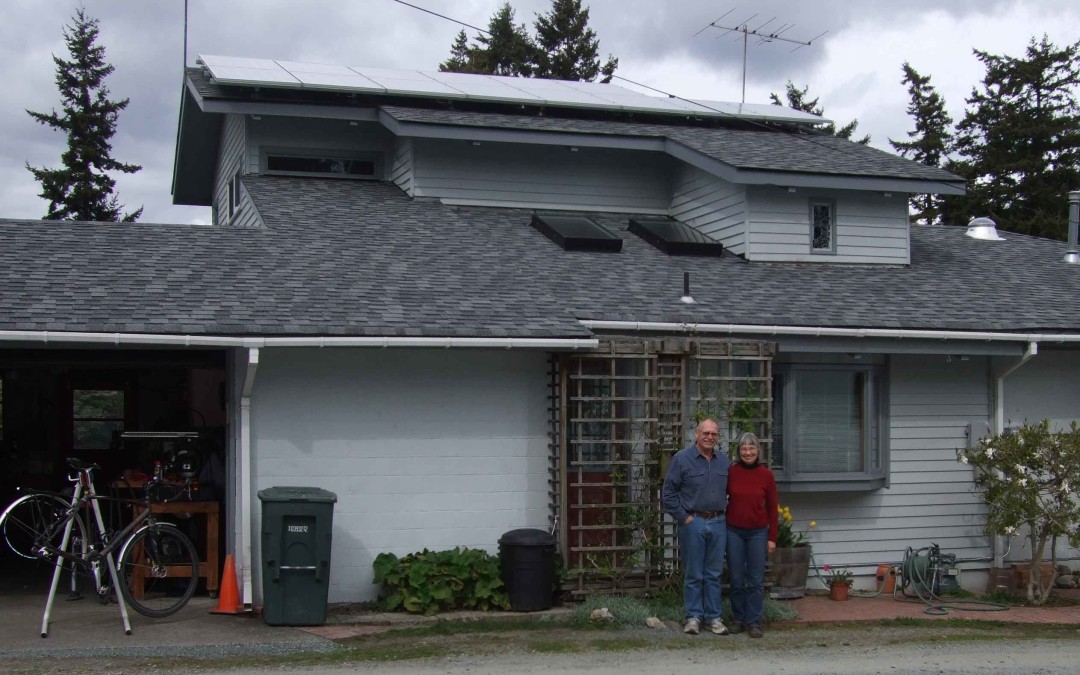 The Kuehn’s got together with a number of friends and installed their PV array in the winter of 2010. This system consists of 14 Sharp 235 watt modules and A SMA Sunnyboy 4000 watt inverter. The Kuehn’s are also members of Skagit Beat the Heat, a citizen group working to slow global warming and increase community sustainability. 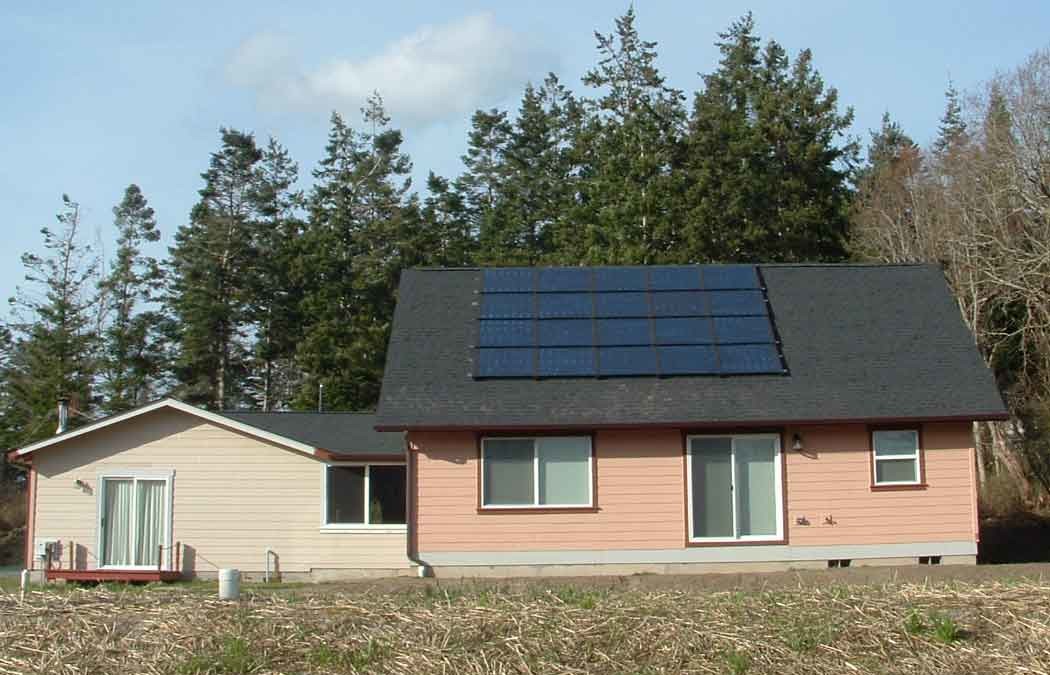 This new home was designed for solar power. This perfect solar roof is fitted with 20 Silicon Energy (made in WA) 170 watt solar modules feeding power to a Fronius IG 4000 watt inverter. 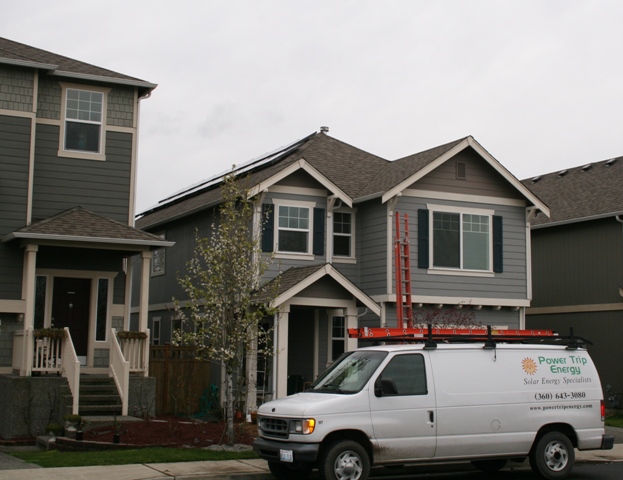 4.1 KW Silicon Energy array on a 4.2 KW Silicon Energy inverter. You have to look hard to see the solar array on this new townhouse-style home on a smallish city lot. This example shows how solar power can be integrated seamlessly into new development. 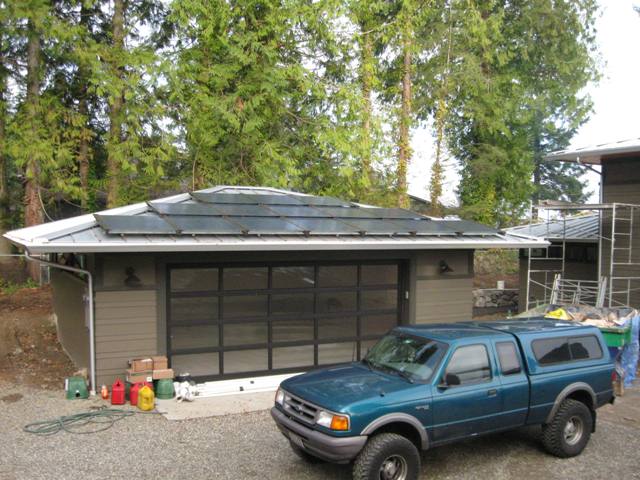 5.85 KW array installed on the garage and house roofs of a newly constructed home. 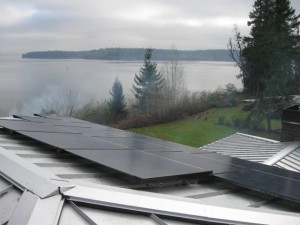