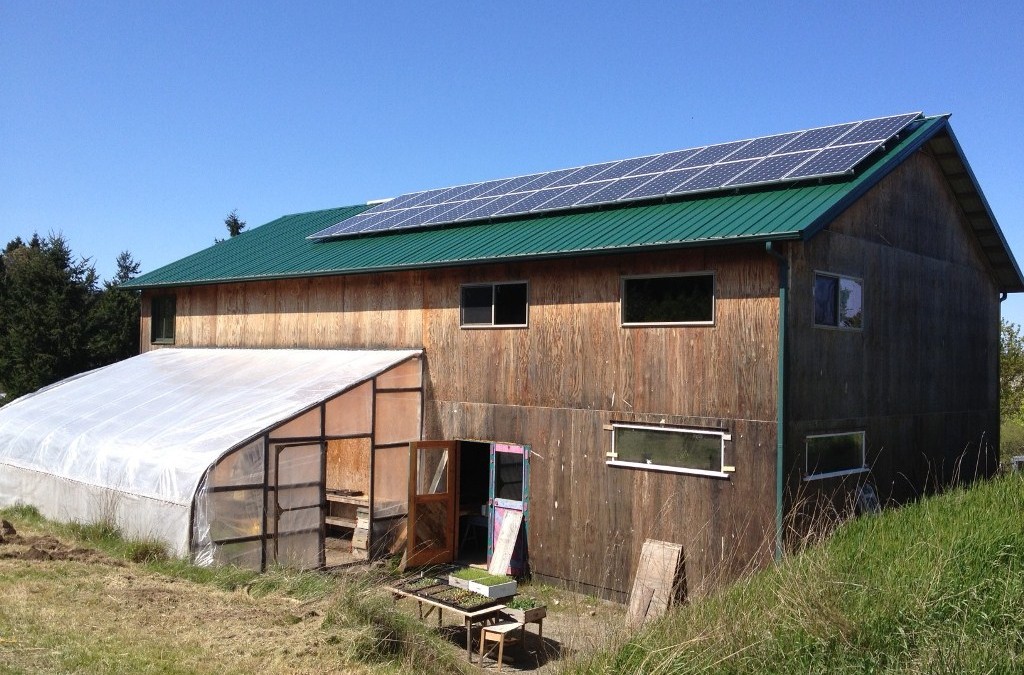 We have an opportunity to bring a sensible standardized and streamlined permitting process for pv installations to Jefferson County.  The Jefferson County Dept of Community Development (DCD) and the Jefferson County Commissioners are currently considering how to exert their authority over solar installations.  While all grid-tied pv arrays are currently inspected by both the WA Dept of Labor & Industries electrical inspectors and the Jefferson PUD, the county is considering adding building permits and inspections to this list.
It has been nationally recognized that the “soft costs” of solar installations often exceed the hardware costs, and cause pv installations here to be twice as expensive as those in Germany, which is often the standard for comparison, since they are the global leader in solar energy installations.  A nationwide effort of the US Dept of Energy to decrease the costs of solar installations has been pursued a program called the SunShot initiative.  Here in Washington State, the Evergreen State Solar Partnership received a grant from the federal government to work on this issue locally.  A multi-year study process has been undertaken by a broad coalition of stakeholders including the WA Dept of Commerce, Cities of Seattle, Edmonds, Ellensburg, and Bellevue, utilities including PSE, Seattle City Light, and Snohomish PUD.
This state-wide coalition has determined that under certain circumstances, a standard rooftop pv installation requires no building department review.  These situations are generally when the installation uses pre-engineered industry standard racking equipment, the pv array is flush mounted to the roof and does not extend beyond the roof, when the weight is less than 4.5 lbs per square foot, and when the loads are distributed over the roof as per installation instructions.  Below is a link to the guidelines they have determined.
We recognize DCD’s need for revenue, and for essential public safety protections, however in some cases, there may actually be no safety issues to review.  In those cases, as defined by the Evergreen State Solar Partnership, we are proposing building permit exemption.
In 2011, the Jefferson County Commissioners and Port Townsend’s City Council each adopted the Joint Resolution adopting the Climate Action Plan, which were the recommendations of the Climate Action Committee, a joint city/county/citizens committee that had studied local impact of climate change since 2007.  There were several recommendations for action that were all evaluated in terms of feasibility and benefit.  The top-rated recommendation was to provide incentives for community-wide adoption of local renewable systems.  A good idea, but it is unlikely our county will ever be able to come up with any actual funds for these hypothetical incentives.  Perhaps the best course of action would be to assure that no county policies had the impact of increasing the costs and providing disincentives for installing solar.
Isn’t it beautiful that we could accomplish some of our climate-related and renewable energy goals, by adopting standards and policies that have already been developed and have momentum statewide, and not cost the county one cent in new expense?  Merely by getting out of the way and not hindering or raising costs for the citizens continue to do for themselves what they have demonstrated the desire to do anyway, the county could allow us and our clients to continue to accomplish those stated goals.
Please let us know your opinion as to whether you think this streamlined permitting checklist and building permit exemption makes sense to you, and whether you would encourage our county government to adopt these policies.
Resources:
Jefferson County Climate Action Committee and link to Plan
http://www.co.jefferson.wa.us/commdevelopment/climatechange.htm
NW Solar Communities – This is now the home of the work done on permitting by the Evergreen State Solar Partnership, a site maintained by the WA Dept of Commerce and NW SEED.
http://nwsolarcommunities.org/priorities/permitting/